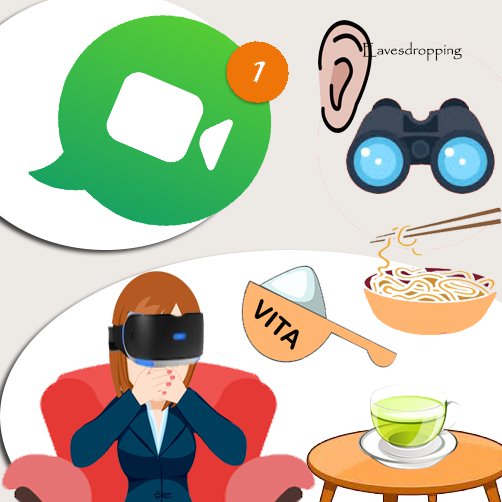 “Two minutes noodles” can understand better, how time is precious. As human is being busy, things have been transformed accordingly. Since sunrise to moon arrival, we try to make things easy so that time could be contained. We are not alone in life long drive, but we help each other to reach our destination. It is observed, the human being is curious since his birth and wants to know each and everything that is happening around. To save time, the news channels have started news hundred countdown, where you at least could grab entire news under “ho jao intelligent minto mai” idea. Subsequently, it also helps to sharp your rhyming couplet skill. “ho Jao intelligent minto mai” is one of among inspired rhyming couplet skill. Unlike news headlines, we got to know about our kid's adventures with explanation by our neighbors, as detail news after headlines, I agree with neighbors, some things should be presented in a terrible sprinkling manner. Neighbors are very good source of surveillance for kids as well as your entire family by their right “pair of binoculars”, their services are lifetime and absolute free. Even, without giving instructions, they look forward to provide their services. Apart from neighbors, whatsapp status, facebook and instagram post will let you know about their adventures. And in extreme cases hidden cameras will unfold their apocryphal tales made by them. There was a time where wives were spying on their beloved spouse by making frequent calls. Eavesdropping was also a trustworthy tool for them. It is sheer truth, Problems are the only source of Invention. Now vidio call helps your "Better Half" to be stressed out. But technology doing its work in an unbiased manner, and I hope a virtual reality and augmented reality will do justice equally. It is a very common thing in every element of technology, you can catch up on your target by sitting on well padded couch. In the previous year, some countries banned vedio calls over security reasons, however, later, govt had to permit VoIP apps with guidelines to be used. As a “ho jao intelligent minto mai” volunteer, instead of nicotine beverages, I believe to stir “Vita” powder in whole milk so that entire day I can do intelligent activities. Calling, pop out messages for clients, vedio calls and conferencing are among which we have to do frequently. And in Pandemic lockdown these digital tools proved that importance. Every person is always connected with their dreams emotionally. Where Sites visits for “ Dream Home” was done physically, it is done virtually now, It shows business intelligence. Although the final site visit has to be done by own over emotional perspective. Personally, I believe, all tasks should not be done digitally, for instance, home warming party is done by “Artificial Intelligence”. While written artificial intelligence, I remembered “Sophia” a social humanoid robot developed by Hong Kong-based company Hanson Robotics. Sophia was first turned on on February 14, 2016, and made her first public appearance at the South by Southwest Festival in mid-March 2016 in Austin, Texas, United States. Sophia is powered to display more than 50 facial expressions. Joy, grief, curiosity, confusion, contemplation, sorrow, frustration, among other feelings. The kind humanoid robot visited India for the first time in December 2017. She graced the stage at IIT- Bombay for about 20 minutes where it spoke about the growing intolerance in the world and advised the human race to be "kind" to fellow creatures. It is highly appreciable “Humanoid Robot” has emotions and her advise let me force to think we should express our emotions too with huge intelligence. As we Indians often give a sign of emotions once in a while. India is a culture enriched country. As a sign of respect, we reach down to touch the elder’s feet. “Namaste” is also the Indian form of greeting, to greet someone with a namaste, bring your hands together with palms touching in front of your chest gracefully. On the festival side, we ignite ghee lamp on “DIWALI” with gratitude and try to distribute self-made sweets instead of well-packed chocolates. However, to save our time, we cook “Two-minute noodles”, boiled or scrambled eggs, but in festivals, we believe to cook food by spending many hours to display mouth-watering traditional colorful culinary. In the technology era we love to click photos before eat and promptly post in various digital platforms to lure likes. And with in seconds inundated thumps up are on posted clicks. In some cases we call many to like post and sometimes we show anger to not give thumps up into post, vedio calls are often made too. During my “Virtual Japan Tour”, I preferred “Green Tea” not as a substitute for “Vita milk”. But, in order to feel a foreign tour in “Actual”. Green tea is undoubtedly the most popular tea in Japan. In my close inspection, I found, Japanese are quite shy and conservative as sort of Indians. Japanese greet each other by bowing. A deeper and longer bow indicates respect and while handshake, they practice to avoid eye contact as it is considered rude. It is good to exchange gifts with each other with both hands showing respect. One should be refuse a gift up to three times before finally accepting. On tour, meanwhile, some “Pop-Ups” made me laugh. I had to make sure, I tried to cover my mouth while laughing, as In Japan, covering mouth while laughing means not showing your exact reactions. Moreover, it helps to keep your emotions subtle and shy. This is also considered graceful for ladies in Japan. I will have to make sure, during my next virtual tour, I need to sit on an acupressure active chair instead of a well padded couch for not forgetting, I am not to “Actual” but to “Virtual tour".